1/3 This adorable early child's striped sock, made 1600 to 1800 years ago, is single needle looping technique or nÃ¥lebinding and not knitting, as widely reported in the media https://t.co/01W3893M6k #knittinghistory #knitting #naalbindingnotknitting #textilehistory

Emmy Sale won the undergraduate student Design History Society Essay Prize with an essay based on her BA dissertation examining hand-knitted bathing suits in the 1930s, particularly how they were made and worn by young working women. She wrote a shorter essay, ‘The 1930s Hand-Knitted Bathing Suit: Cost, originality and adaptation’, based on the collection of Worthing Art Gallery and Museum, as part of their joint Objects Unwrapped research project with University of Brighton. A downloadable PDF is available on the Objects Unwrapped website https://blogs.brighton.ac.uk/objectsunwrapped/essays/.

Emmy has also written a post for the Association of Dress Historians, discussing her research and showing images of knitted bathing suits in other British museum collections. ‘Homemade Garments in Museum Collections: 1930s Handâ€“Knitted Bathing Suits’ is available on the ADH website https://www.dresshistorians.org/single-post/2018/10/23/Homemade-Garments-in-Museum-Collections-1930s-Hand%E2%80%93Knitted-Bathing-Suits.

Following on from Jana Trepte’s presentation on Saturday, ‘Piecing the Bremen waistcoat together: an everyday knitted garment of the early 1600s’, Pat Poppy has pieced together her own helpful overview of knitted waistcoats and jackets of the sixteenth to seventeenth centuries. The post lists details of select recent scholarship on early knitted waistcoats and jackets, both ordinary and elite, with links to online records of several examples in museum collections. Pat is herself an historian as well as a long-standing member of Knitting History Forum and her post is a sound springboard for further research. Visit her blog to read more https://costumehistorian.blogspot.com/2018/11/early-modern-knitted-waistcoats-and.html. 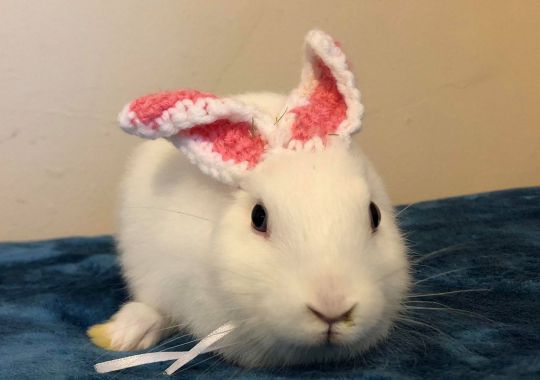 Even if you’re not a rabbit and you don’t wear knitted ears, you are still very welcome to join us for the Knitting History Forum Conference on Saturday 17th November 2018. Click through to read more : http://knittinghistory.co.uk/conferences/knitting-history-conference-2018/.

The Journal of Tourism and Cultural Change have made Remco Ensel’s article ‘Knitting at the beach: tourism and the photography of Dutch fabriculture‘ open access. The article discusses late nineteenth to mid-twentieth century representations of women and girls wearing regional Zeeland dress while knitting in the open air, examining the meanings of the images, their role in tourism marketing and their relation to reality. In addition to the title comment, French artist and photographer Ludovic-Georges Hamon gave his opinion on the region’s knitting, as seen on his trip in 1906 : “Reneetje is still busy knitting. In Holland, one does not knit with the fingertips, as in France. In their belt, the knitters have a sheath of carved wood; they put the needle in it and the wool is processed into knit stitches at an amazing speed, accompanied by a constant buzzingâ€‰â€¦â€‰Reneetje knits.” An absorbing piece of research, which may be read here: https://www.tandfonline.com/doi/full/10.1080/14766825.2017.1335733. 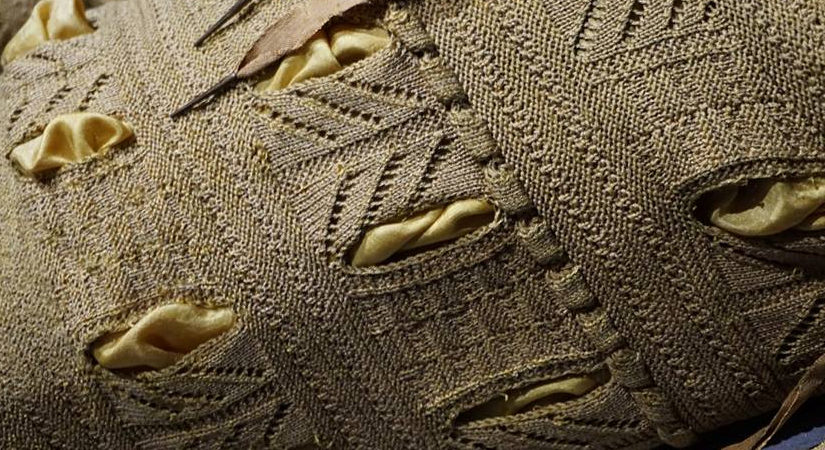 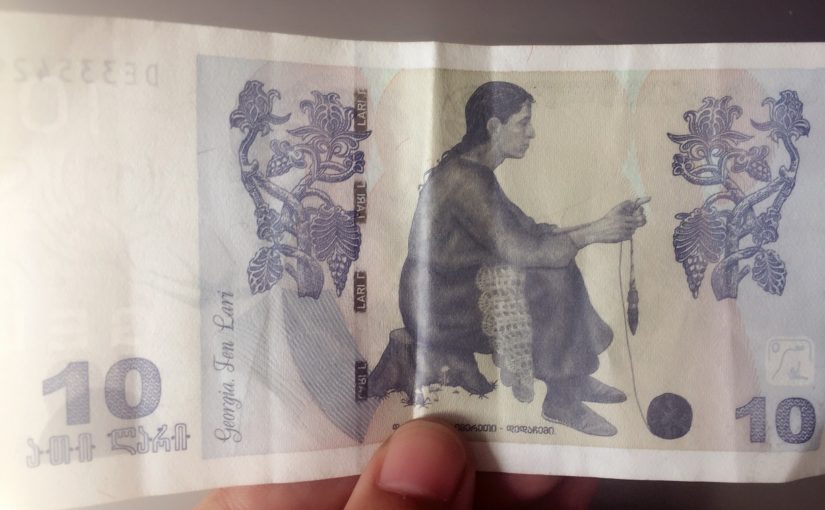 The University of Glasgow’s Knit History blog has posted a piece by graduate student Qiaoyun Peng, on knitting in Georgia, the nation and former member of the Soviet Union, not the US state. Georgian knitting has been described by Sofia Tchkonia, founder of Tbilisi Fashion Week, as “the Missoni of the mountains” and the president of Georgia, Giorgi Margvelashvili, is himself a knitter but, as Peng notes, “Georgian knitting is far from being famous outside the country itself.” A brief but revealing glimpse into a lesser-known but important knitting tradition http://knithistory.academicblogs.co.uk/a-georgian-knitting-odyssey/ 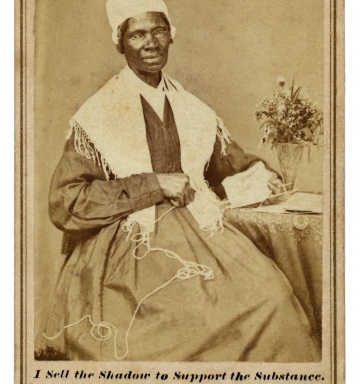 Hyperallergic, the arts blogzine, posted a review of ‘People Knitting: A Century of Photographs’ a compact book by Barbara Levine,Â an artist,Â collector and curator. Published in 2016 by Princeton Architectural Press, the images in People KnittingÂ are drawn mainly from Barbara Levine’s collection. Shown here is Sojourner Truth, the African-American women’s rights activist and abolitionist. 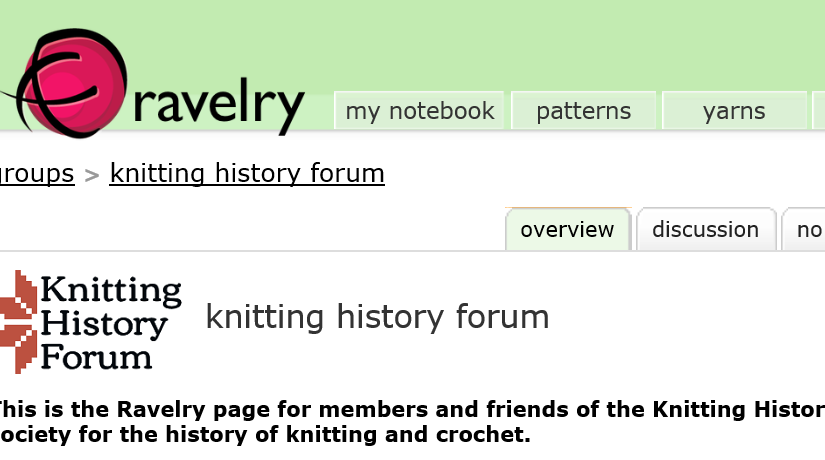 Ravelry is an online knitting and crochet community and is free to sign-up. Visit http://www.ravelry.com/groups/knitting-history-forum to join the Knitting History Forum group. 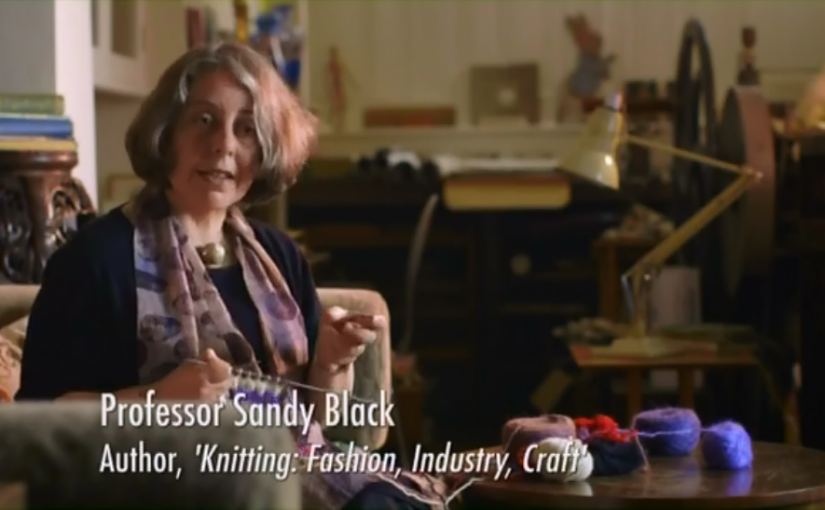 A quick reminder about the discussion “Reflections on knitting in the media â€“ how would we represent the history of knitting?” at the Knitting History Forum Conference this Saturday. Participants are reminded to prepare by seeing the documentary ‘The Secret History of Knitting’, freely available on Youtube. Made by Blue Ant Media, the programme features interviews with Joyce Meader, Jane Malcolm-Davies and Sandy Black, who will be leading discussion this Saturday afternoon. Follow the link to watch ‘The Secret History of Knitting’ https://www.youtube.com/watch?v=bJiN9GNrDpA.

Another documentary that may be of interest to delegates is ‘Fabric of Britain â€“ Knitting’s Golden Age’. First shown in 2013, this programme was made by the BBC and is available to viewers in the UK with a TV Licence and access to BBC iPlayer (and possibly a few other viewers too). The similarities and contrasts to ‘The Secret History of Knitting’ are pertinent to our discussion. Viewers may recognise another interviewee â€“ see above! There are 8 days left to catch this episode online. Click the link to watch ‘Fabric of Britain â€“ Knitting’s Golden Age’ at the BBC website http://bbc.in/1CyVEmV. 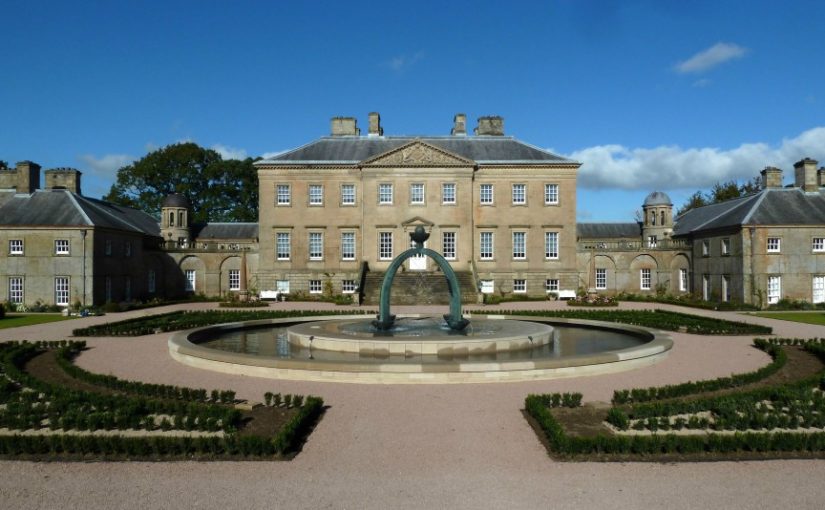 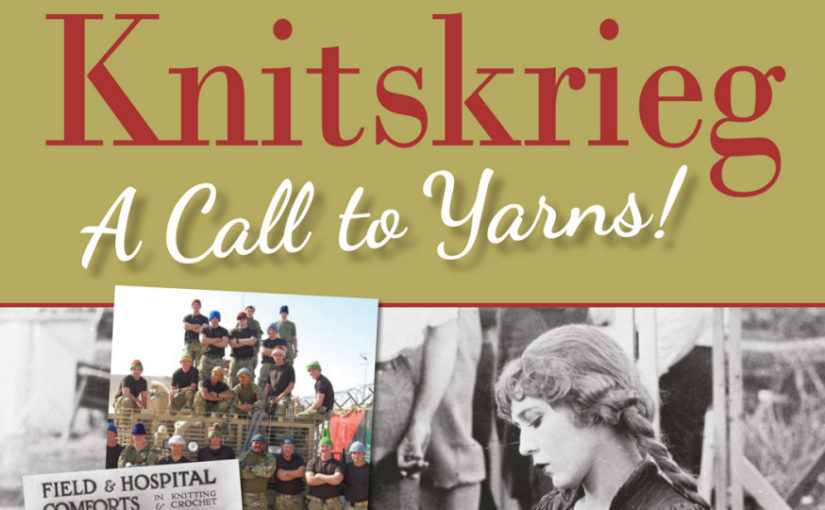 More news on Joyce Meader : the publication of her new book on the knitting for the military. ‘Knitskrieg: A Call to Yarns!’ has the subtitle ‘A History of Military Knitting from 1800s to Present’. Accessible but informative, it relates the contribution of knitting to warfare and soldiery throughout the nineteenth, twentieth and twenty-first centuries, with an emphasis on domestic knitting and the patterns produced for the ordinary home-knitter. The book is well illustrated with items from Joyce’s incredible collection of military knitting patterns, ephemera, and knitted items as well as reproductions she has knitted, with a selection of modernised knitting patterns. For more, see the publisher’s website.

Joyce has also been interviewed for Woman’s Hour on BBC Radio 4. Readers in the UK can listen again via the Radio 4 website or jump straight to her interview.

And to conclude this unexpected celebration of all things Joyce, a reminder that her open house event on Tuesday 19th is in two weeks’ time. Don’t forget to let her know if you are attending. Her collection really is astonishing and not to be missed! 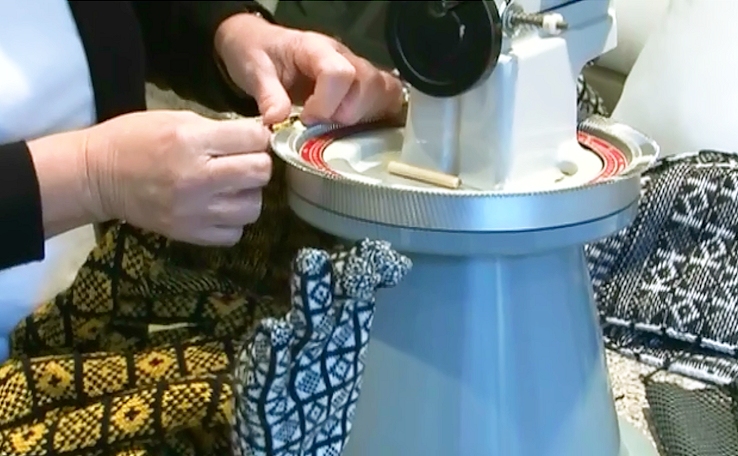 Knitting in Sanquhar is making a comeback. A group of enterprising knitters in Dumfriesshire have set up in business with a range of traditional and modern designs. See a report from BBC Scotland on the BBC News website: http://www.bbc.co.uk/news/uk-scotland-31368208 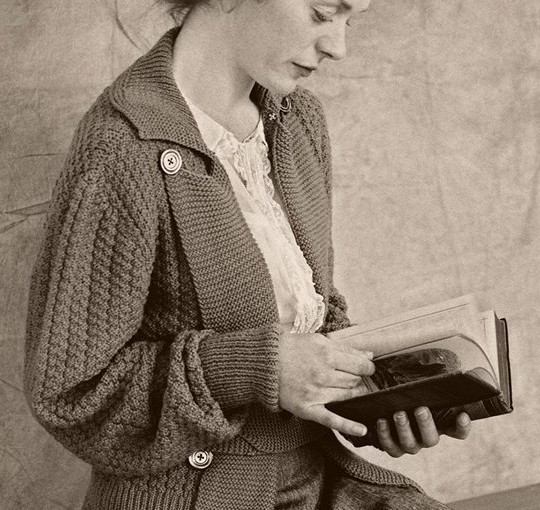 The Centenary Stitches WWI project began as a response to plea for assistance from WAGscreen, makers of the film â€˜Tell Them of Usâ€™. Set in the First World War and drawing on surviving letters, memoirs, photographs and other artefacts, the film follows the fortunes of a real Lincolnshire soldier, Robert Crowder, showing through the view point of his family and the home front how the war affected an ordinary British household.

Producer and costumier Pauline Loven understood the significance of knitting and crochet in 1910s Britain and tweeted for help sourcing original patterns and creating reproductions for the cast. The response was overwhelming, with researchers, knitters and crocheters all over the world mobilising to form a group recreating period garments and supporting the film. British yarns were donated by Rowan, Texere, Jamiesons of Shetland, Frangipani and Blacker. In less than a year the group grew to over 300 volunteers, co-ordinating efforts via Facebook and Ravelry, and accessed funding through the Heritage Lottery Fund â€˜First World War, Then and Nowâ€™ programme. Period patterns were supplied by several sources including the collection of the Knitting and Crochet Guild. These were tested and modernised and feature in the film together with new designs by Elizabeth Lovick, based on Crowder family photographs. Volunteers have blogged their progress at http://orkneytoomaha.wordpress.com/, a testament to the extraordinary motivation and generosity of the textile community.

The project has developed even further, with Elizabeth Lovick editing ‘Centenary Stitches’, a book of over 70 knitting and crochet patterns inspired by or reproduced from 1910s originals. â€˜Centenary Stitches’ will be published to coincide with the release of â€˜Tell Them of Usâ€™, which premieres this November. Visit the website to learn more about this unique group and see pictures of their work, including a shawl by Joyce Meader, speaker at the KHF conference this November http://centenarystitches.wordpress.com/ 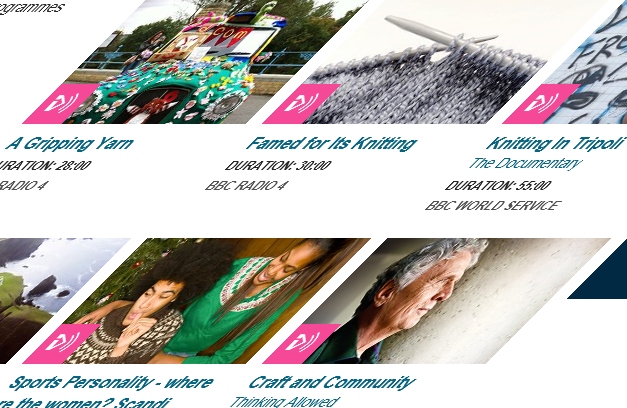 Just in time for the May Bank Holiday, here’s a further selection of radio programmes on knitting courtesy of the BBC. These programmes and clips cover various topics such as the British wool industry, knitting during the Libyan war, “Scandi knits”, craft and community, knitting on Fair Isle and Kaffe Fassett. Pour yourself a drink, pick up your knitting and enjoy the long weekend! 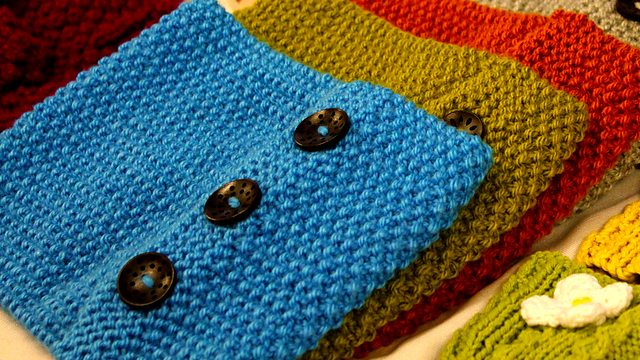 Celebrate St George’s Day with a BBC radio documentary exploring knitting! Jane Garvey will present a lively programme on knitting past and present, from the American Revolution through to the current knitting renaissance, touching on various subjects such as ‘guerilla’ knitting, the work of composer HafdÃ­s BjarnadÃ³tti and chitin yarns. Among those taking part are design historian Dr Joanne Turney, Christine Kingdom of the UK Hand Knitting Association and artist, writer and designer, Rachael Matthews of ‘Prick Your Finger’. With a running time of 28 minutes this will not be an in-depth investigation but any positive representation of knitting will surely be a good thing.

‘A Gripping Yarn’ is due for broadcast on BBC Radio 4, this Wednesday 23 April at 11 AM. Listen live online at the Radio 4 website and for seven days after transmission