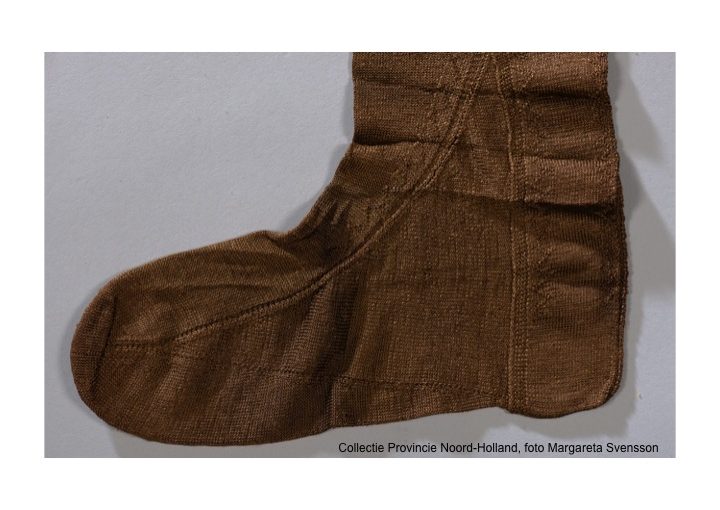 Delegates at the recent Knitting History Forum Conference in London will remember Chrystel Bandenburgh of Leiden University mentioned a forthcoming knitting history initiative in the Netherlands on seventeenth century stocking-knitting. The Textile Research Centre (TRC) Leiden have now announced their exciting new research project. Starting from January 2018 they will lead an investigation into seventeenth century knitted silk stockings, focussing on the examples recovered in 2014 near the island of Texel, from a shipwreck believed to have sunk c.1640. 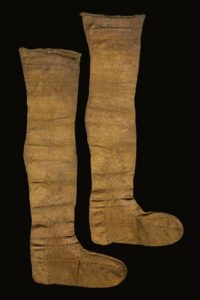 The finely-knitted silk stockings have received initial conservation treatment and are the inspiration for the project, which seeks to discover more information, including how the stockings were originally constructed, if they were custom-made and how they were worn. Through a series of practical workshops and lectures at the TRC Leiden, participants will attempt to create reconstructions using very fine silk thread and knitting needles.

The TRC invite knitters to participate in this important project. The first workshop will be held in February 2018, led by Chrystel Brandenburgh and Lies van de Wege (TRC volunteer), and a second two-day workshop will be held in March, with regular progress meetings to follow. Materials and equipment will be supplied and while expertise in knitting stockings would be beneficial, it is not necessary, though with 1mm knitting needles this may not be a project for the faint-hearted! Interested knitters should email info@trc-leiden.nl directly describing their knitting skills. Further information is available on the Textile Research Centre Leiden website.