The Italian Museum of LA seeks needlework with a story behind/about it, made by Italians or Italian Americans, for an upcoming exhibition. TheyŌĆÖre interested in all kinds of needlework, including knitting and crochet.
ŌĆó
#NeedleworkExhibition #ItalianNeedlework #ItalianAmerican 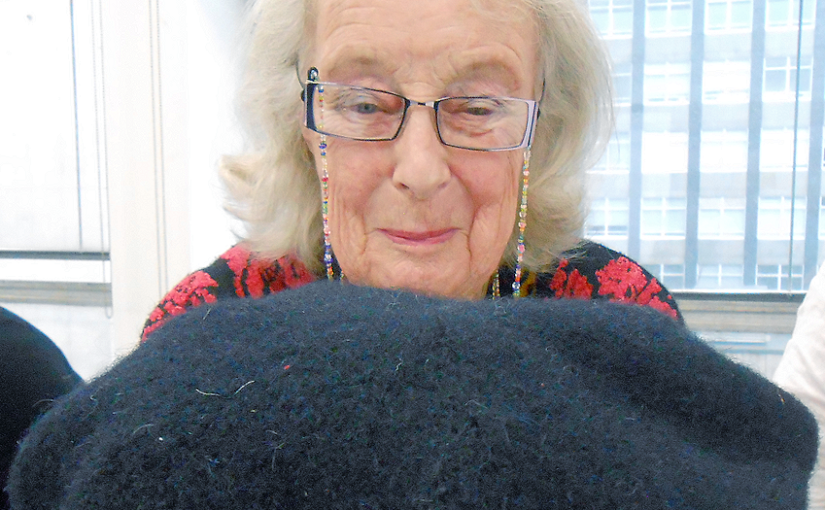 Our new Honorary President Kirstie Buckland is well known as an eminent researcher and maker of historical knitted caps. She started her making career as an apprentice with couturier Norman Hartnell working on the queenŌĆÖs wedding dress, and developed a lifelong interest in costume history and construction. Kirstie also has a professional background as a sheep farmer in Monmouth, Wales, and her interest and skills in spinning wool, weaving and knitting led her to the study and reproduction of medieval woollen textiles. Specialising in headgear, Kirstie became an expert on knitted caps including Tudor flat caps of the kind depicted by Breughel and Holbein (known as ŌĆśStatute CapsŌĆÖ).

Kirstie is much sought after as a re-creator of historical knitted caps and has completed many commissions for films, theatre and television. KirstieŌĆÖs caps have graced the heads of Kenneth Branagh as Henry V, and his later production of Hamlet, Russell CroweŌĆÖs crew in Master and Commander, Diana Rigg in Mother Courage and Ian McKellen in An Enemy of the People, amongst others.

KirstieŌĆÖs knowledge of wool and her location in Monmouth informed her seminal paper ŌĆśThe Monmouth CapŌĆÖ. Her articles on caps and capping have been published in Costume, Textile History, Ars Textrina, and Text. When Henry VIIIŌĆÖs sunken warship ŌĆśMary RoseŌĆÖ, lost in 1545, was located in the early 1970s with many long-hidden treasures intact, including knitted caps, Kirstie was invited to contribute to the book Before the Mast: life and death on board the Mary Rose, vol. 4 documenting the shipŌĆÖs contents. 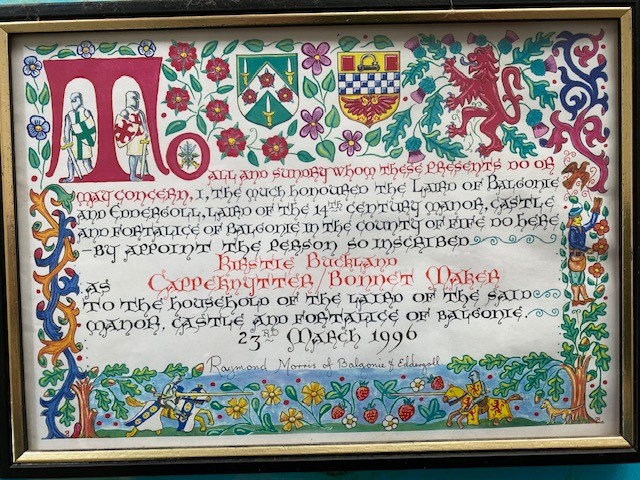 [Details of these papers may be found in the select knitting history reading list in our Resources section. Kirstie has also written another article, ‘A Warm House For the Wits’ – The craft, trade or science of capping, which she has generously made available for download from her website.]

Kirstie has been active in many scholarly textiles groups including the Costume Society, the Textile Society and the Medieval Dress & Textile Society alongside Karen Finch, Janet Arnold, Kenneth Ponting, Lisa Warburg and others, and was a founder member of the Early Knitting History Group, established in 1993 by Montse Stanley with Richard Rutt and Negley Harte. The EKHG was founded to encourage and share research into knitting before 1600, from which the current Knitting History Forum has grown and developed to cover all periods. As a founder member of KHF, we are delighted to have KirstieŌĆÖs wealth of historical knowledge and practical experience to epitomise the breadth of interests that the KHF encompasses.

Kirstie Buckland with one of her reproduction knitted sixteenth century caps, at the Knitting History Forum Conference in 2017

Detail of a knitted and fulled sixteenth century cap as reproduced by Kirstie Buckland.

Top image: Kirstie Buckland with one of her reproduction knitted caps, at the Knitting History Forum Conference in 2017.