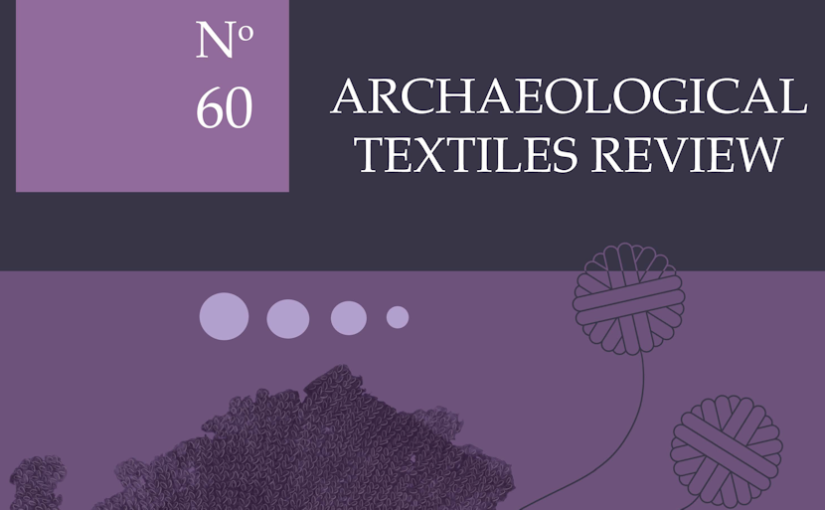 BREAKING NEWS! The 60th edition of Archaeological Textiles Review has finally been published. This long-awaited diamond issue is devoted to the study of Early Modern knitted items with more than ten articles focussing on extant evidence, including two sixteenth century caps (one being the earliest known example of Danish knitting), sixteenth century wool stockings, seventeenth century silk stockings, items recovered from shipwrecks including mittens from the Netherlands and Sweden, and the full version of the proposal for a new protocol for recording evidence for knitting (read more here). One of the articles is an obituary of Karen Finch, our late Honorary President. A major outcome of the Knitting in Early Modern Europe (KEME) project, funded by a Marie Sk┼éodowska Curie Research Fellowship, the volume contains 99 pages devoted to knitted fragments and garments with many colour photographs and detailed specifications such as the tension or gauge, yarn and fibre for each item.

This issue is available by subscription and the University of Copenhagen is now deciding how many copies to print. Don’t delay! The print deadline is today (12th December 2018). Volume 60 of Archaeological Textiles Review costs dkk250, approximately Ōé¼34, ┬Ż30 or US $38. Visit the University website to subscribe: http://www.webshophum-en.ku.dk/shop/2018-subscription-archaeological-2310p.html.