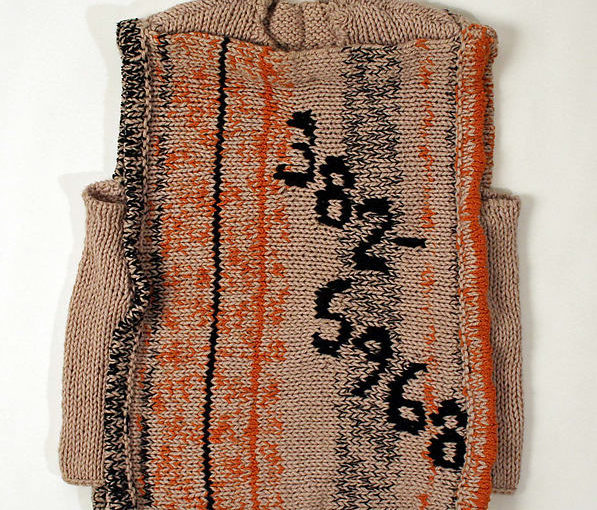 The unusual 1968 sleeveless jumper or jumper shown above, from the collection of the Metropolitan Museum of Art in New York, was knitted in wool by American designer, writer and political activist, Elizabeth Hawes (1903-1971). Despite working in the fashion industry, Hawes was a vocal critic, publishing a semi-autobiographical commentary “Fashion Is Spinach” in 1938 and championing dress reform. The seemingly innocent telephone number knitted into the jumper is in fact the numerical representation of an obscenity. This jumper seems strongly proto-punk in spirit, a reminder that the later subculture was influenced by earlier twentieth-century movements.

The accession number is 1980.490.2 and further details are available on the MMA website.